I believe I am coming to understand the mind set of a brawling pilot.

I have a certain distaste for it myself. Simply engaging and bullying your opponent from close range is hardly befitting of the intelligent warrior. But I can see now that there are nuances to learn when fighting within a few kilometers. And brawling is a part of flying the Kataphract Slicer.

Equally, although I have respect for Minmatar fighters, I don't understand their mind set, or fully understand their tools of war. As I said before, Matari ships are gutter fighters, their use of projectiles in the age of space travel a sign of the desperate freedom fighter. Amarr ships are more like phalanx soldiers, well armed and armoured, but lacking flexibility.

Fortunately, the Minmatar are not wholly disimilar from the Khanid. As a people, we Khanid are mentally robust, and unlike our Amarr bretheren do not cling to tradition and dogma as a shield against reason. The Tribes, in their search for weapons, have many ships dedicated to missiles and rocketry... a trait which the Khanid can certainly sympathise with!

Khanid designed vessels are all missile based, with technology borrowed from our Caldari allies. In true kataphract fashion, our vessels exemplify thick armour and the tactical flexibility such a weapon system offers. The Republic, in one of it's rare bouts of wisdom, produced a frigate similar to this, albeit shield based instead of amour... clearly the Republic has yet to find funds to reproduce the advanced alloys coming out of Khanid Innovations.

So without any further exposition, presenting the Breacher. 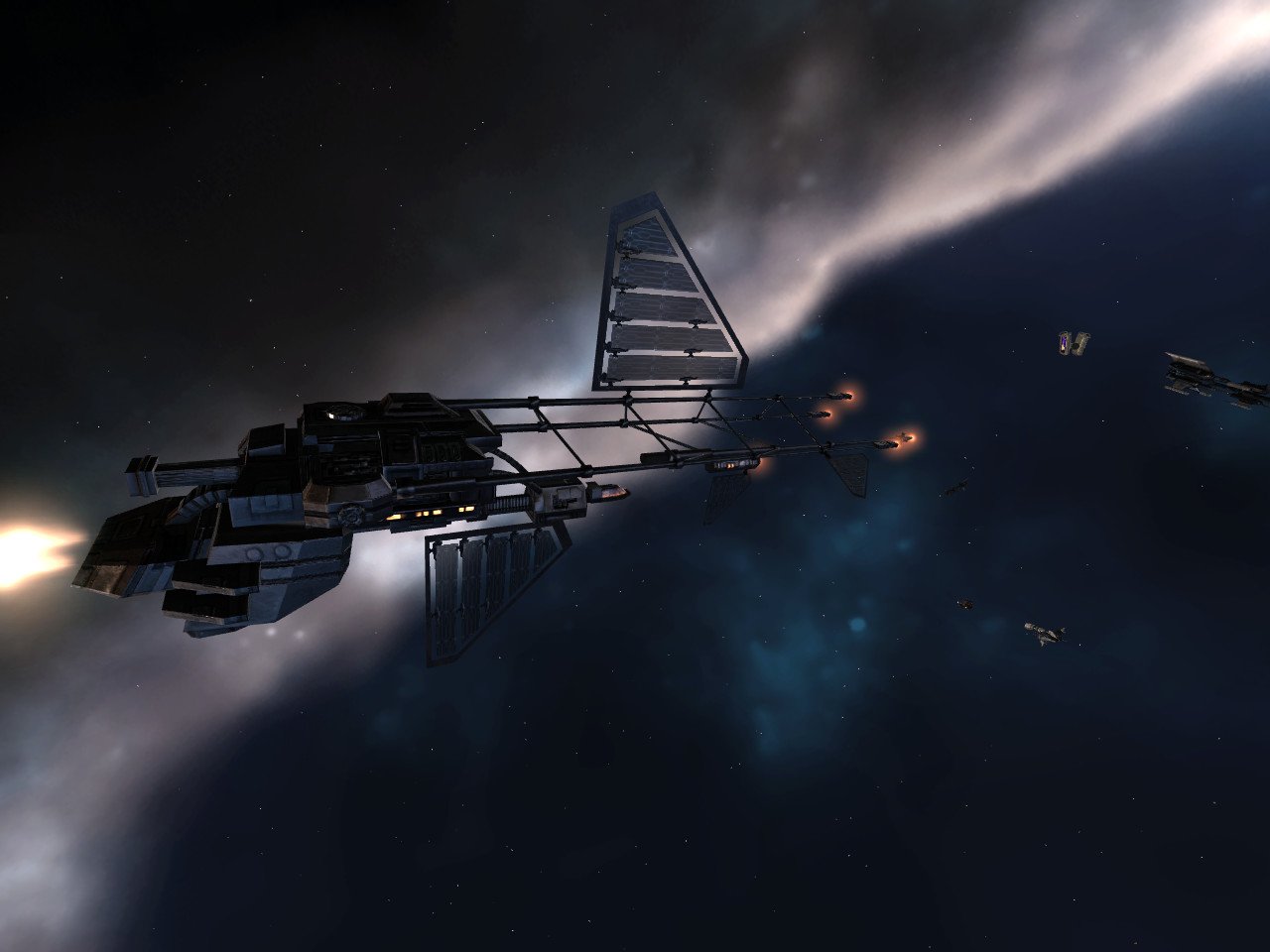 Do not be fooled by its... spartan appearance. This is a tough vessel, and an extraordinary ambush predator.

Relatively light on it's feet (for a full combat vessel) it provides extremely strong shield defenses. Whilst not as tough as Caldari shields, it can repair it's shield strength very rapidly.

It fields two light drones, which make up roughly a third of it's firepower. I like drones. They provide firepower at any practical range, and whilst they need to be looked after, they can be relied upon to hound the target.

Missile systems have a travel time before firepower is applied, but unlike turrets, do not need to track or account for falloff. In fact, rockets, whilst giving a lower damage than other weapons, can better a pulse laser in range, and that's before rigging!

These elements all combine to make it an almost perfect training brawler.

This set up is fairly mundane, but the simplicity is balanced with effectiveness. With my skills, rockets hit out to about 7.6km, which lends itself to some brawling tactics:
Keep an eye on your drones, but they're fairly autonomous. If the enemy starts shooting at them, bring them back in, then release after the enemy has forgotten about them.

Repair your shield as needed. Unlike most active tanks, the Ancilliary shield booster is quite immune to energy neutralizers. In addition, your rockets don't use capacitor either... so long as you're in range you can deal damage to your target.

This can be seen in this Tristan fight. My capacitor was drained completely, but the drones and rockets punched their way through regardless. A bright ray of sunshine, on an otherwise terrible month.

Posted by Tabletop Teacher at 05:26