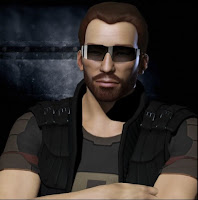 Damn the things. Sometimes too hot, sometimes too cold. Dust and mud everywhere. Water leaking from the sky, that can carry acid. Earthquakes knocking down buildings. Bugs.

We work so hard to make ourselves capsuleers to get away from those dirty, insect infested balls of rock, and here's my Master telling me to start 'interacting' with them.

Two things before I continue:


If you're a full time trader, I do recommend it. If you have a boss demanding you waste time with environmentally unregulated balls, it might not be for you. Personally, I'll do it in a limited sense, but only on one or two items. As long as I make enough for 10 assault frigates a month, I'll be happy.


Behnid threatened me with freedom, but he was completely unaware of the tax benefits for being a slave in the Republic and Empire. I won't bore you with the details, but lets just say slaves aren't considered taxable in the Empire, and the Republic literally throws subsidies at you to get you to revolt. Good times.

Still, it can't be long before he's officially branded a traitor to the Empire. I may find myself in the hands of another owner, or even worse, in the heavily taxed bosom of Freedom. Don't worry, I have a plan.

Back to the mud balls though.

Before, my master engaged in Hi-sec Dirt-ball Interaction (P.I.). The profit wasn't amazing, but it was steady, and really, really, really easy money. Set up the planets, wait a week, empty what his colonial slaves had dug out of the ground, put it on market, and money happens.

The money was pretty low, and he eventually abandoned it in favour of... well, not doing it. Honestly there's not much point in maintaining harvesting planets once they're set up. They might not be the most efficient producers, but it takes about 30 mins/week to maintain, and one lazy afternoon of hauling.

He did this in Molden Heath, "modernising" production on planets there. Later, he created some factory planets in Hek, turning other peoples P.I. products into higher tier commodities. Doing this in the trade hub itself meant that finding materials was easy, and travel time between planets was very low.

On the downside, he was at the mercy of market forces, in the end, lost money on his investment. The factories went silent after a month, unused.