You may be wondering why I think understanding the hard Physics behind worm holes is important.

Well, the first reason is that I love dissecting the universe around me.

The second reason are these guys: 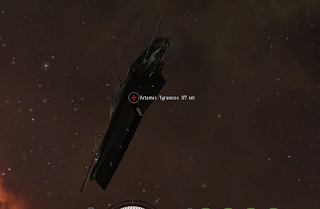 Drifters. You may have seen them wandering around scanning things. I want to look at them in more detail, but for now I'll focus on this part of the battleship. 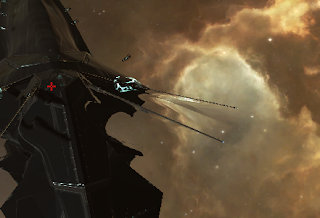 Notice they don't have traditional engines.

Looking closely at them we can see light bending in odd ways around these spikes, which occasionally twitch as the Drifters move.

What does this mean?

Well, it's a phenomena we see quite a lot around wormholes. 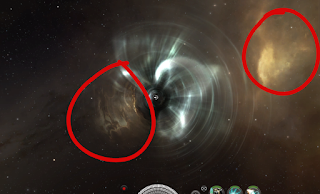 Look at that beauty of a shot! The nebula on the right side is almost entirely bent around the wormhole, so we can see it on the other side.

Now, we know this is not refraction, or reflection. There is nothing for the light to reflect off there, and if it were diffracting through some medium (which we don't observe anyway) we would expect to see some differences in wavelength, or some splitting of the light. We don't see this... the observed colour stays the same.

So what's going on here?

The light is being bent by gravity.

Which doesn't make much sense! Gravity is a force of attraxction between objects of mass. Light, has no mass. So how is it being bent around?

Well it's to do with the principle of equivalence.

In my last post I talked about the acceleration on an object caused by gravity, and I did some maths to support the theory using planets in a low-sec system. So, you should be happy with the idea that a object subject to gravity experiences an acceleration pulling it towards another object of mass.

But acceleration doesn't just happen due to gravity. The more commonly observed version of acceleration is seen in space ships going quickly!

So, imagine these two situations: capsuleer on a planet (in a gravitational field), and capsuleer in a Rifter accelerating away. 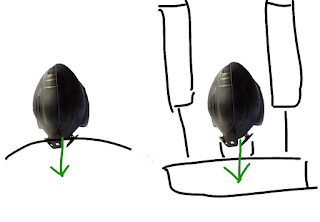 (Apologies for the picture of the Rifter. I still need to plug in the Advanced Photoshop skill book...)

If the pods camera drones weren't working properly, there'd be no way for the capsuleer to know if they were on the planet, or in the Rifter. Both are experiencing the same force pulling them down. In effect, we can see that these two situations are entirely equivalent to each other. Principle of equivalency.

This helps us to visualize what would happen to a beam of light moving across the Rifter when it's accelerating. So, let's have a Punisher get a wrecking shot on the Rifter. 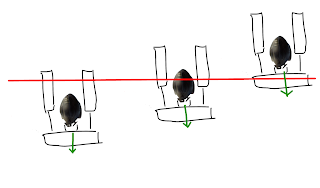 As the beam moves across, the Rifter moves a little further forward. For the poor capsuleer about to eat hard vacuum, it looks like the beam is curving into the direction of the force pulling the capsuleer down. 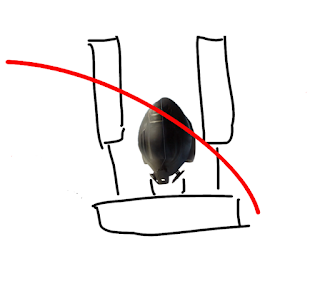 The accelerating Rifter and the capsuleer on the planet are in equivalent situations. Therefore, light is curved into the direction of the pull of gravity.

Going back to our Drifter: since we can see the distortion of light here, with no apparent medium, we can say that the Drifters use some kind of manipulation of gravity as a method of propulsion. 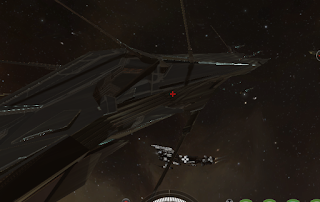 See the way the Concord battleship bends to the rear of the Drifter? The direction of gravity is being pulled towards the rear of the vessel. Kind of weird, but this detail can be examined later.

For now, it's fairly obvious that Drifter propulsion is based from gravity.

Would Gallente gravimetric sensors be better at detecting these Battleships?
Do Drifter weapon systems operate on the same principle?
This is true for sub-light speeds. What do Drifters do the achieve warp?
Posted by Tabletop Teacher at 07:17