It's easy to get sucked into the cries of the sov null-sec capsuleers. Extremely vocal, they're the ones who tend to grab headlines, and have all the shiniest toys. As a friend once told me: "Whining gets you stuff. That's why humans are on top of the food chain, and all the other animals got nerfed."

Very poignant, and it's tempting to get dragged into whatever boon they're begging for from interstellar developers. But I've said my piece on null, and I have things on my list out there anyway. They'll have to wait their turn for more attention from me.

So... this is frustrating.

I ended up in a C3 wormhole. You can tell from the colour of the penumbra, this one being a dull, Caldari grey, with some rosy pink splashed in. 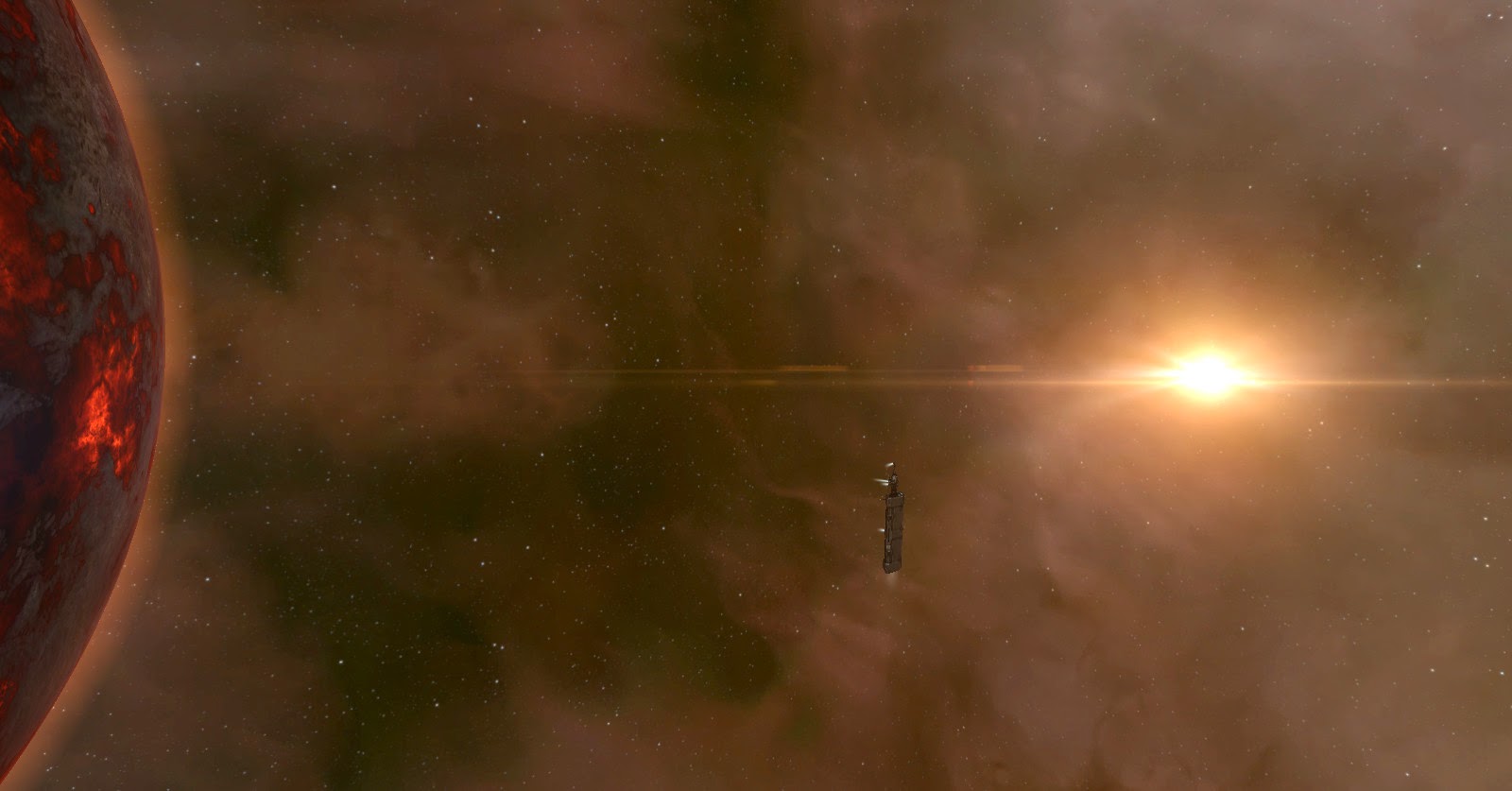 This presents a few problems. A quick look on Eve Survival shows that pretty much everything here is beyond my Astero's capabilities. A more rigorous scan of the system revealed only gas sites and two more wormholes.

One led to the Great Wildlands.

The other led to low-sec just outside of Hek.

It's either an unbelievable coincidence, or a sign. Either way, I couldn't run a sleeper site here, and there wasn't even any interesting spacial features to look at (i.e. the black hole on my list).

This place was as dull as the star field around it.

However, there is a more human story to tell here. Clearly there are some people living in this, well, backwater wormhole.
Posted by Tabletop Teacher at 21:20