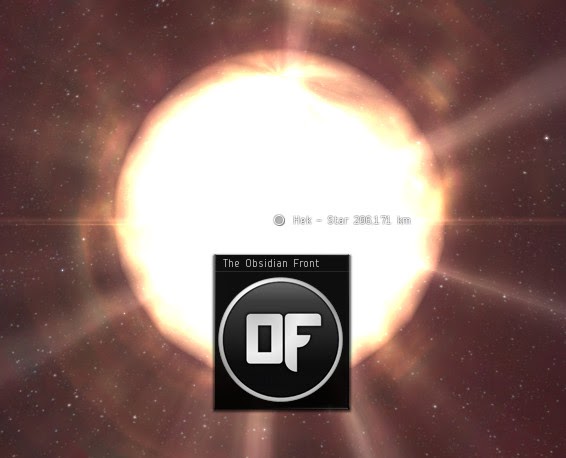 I ended up in Hek fitting out my Omen for some low-sec belt ratting. Whilst there, I decided to have a look around the system.

It's fair to say that Hek is my favourite trade hub. I couldn't say why. Prices aren't as good as Amarr, and certainly lacks the sophistication of Dodixie. I haven't been to Jita for years, and refuse to go back there. But Hek certainly does hold some charm for me, and I even had a few factory planets in that system making POS fuel parts.

Not that I've ever owned a POS, but POS fuel was an easy pay cheque back then. I probably should have written something about it.

So I was interested to see who had laid claim to what I consider as my home system (despite growing up in Khanid). 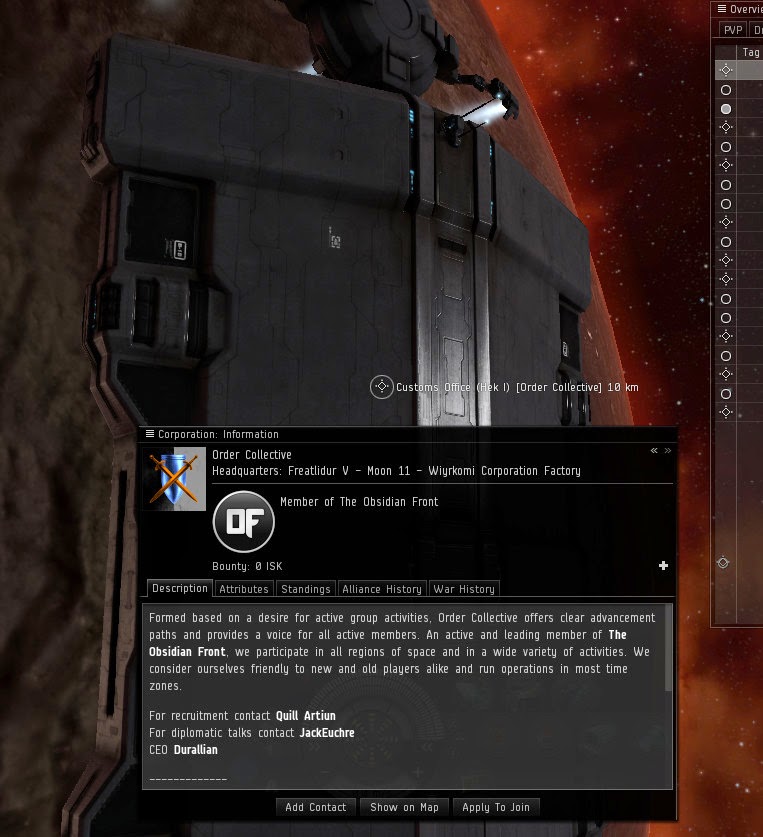 Quite clearly the Obsidian Front owns Hek. They have the majority of planets held, spread across a few different corporations. They appear to be a very well run alliance, with a large chunk of text to describe who they are as well.


Are they a Hi-sec superpower? A branch of a null-sec sov group? Simply a group of friends out to leave a mark on the cluster? I couldn't say. But they are, at least for now, the Holders of Hek.

Well done! But you missed a spot... 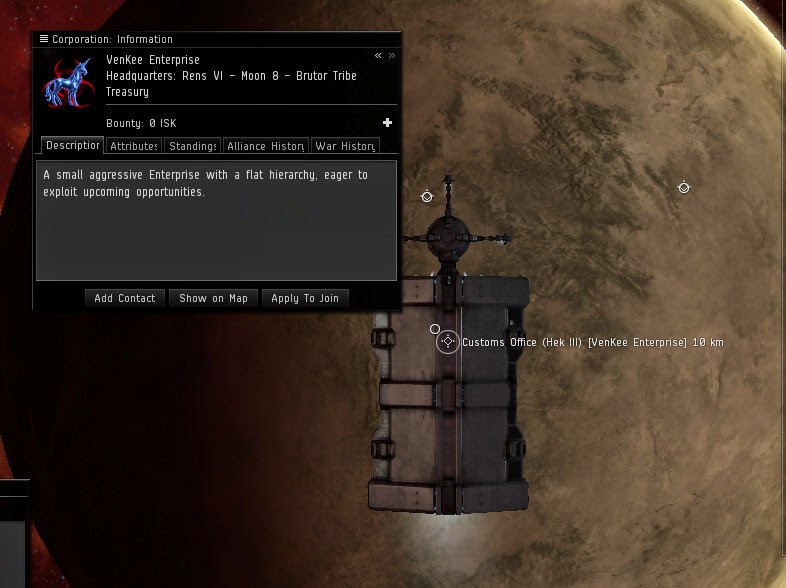 Here are some rebels of Hek, and actually their rebellion spreads across Metropolis.

VenKee Enterprise is a relatively small corp, that nonetheless has a foothold in a major trade hub. Whilst I doubt they have the manpower to hold onto it for very long, for now, this tiny corp is keeping an alliance from having a clean sweep of the Hek system planets.

As a tiny minnow is the galactic ocean of New Eden, it makes me happy to see a tiny faction stannding up to a much bigger alliance. Well done pilots! Well done indeed!

And finally something that I noticed getting the above shot of the Obsidian Front against the Hek star; some advertising companies will stick billboards anywhere. Kudos on going the extra light-year Eve Radio!

Posted by Tabletop Teacher at 07:02